Android Freeks – Gives you a latest update.
Home HOW TO How to you ‘Block’ and ‘Unblock’ someone’s on WhatsApp 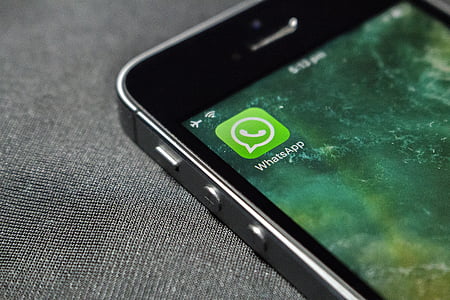 Today we will talk that if someone bothers you too much on WhatsApp, it hurts, it sends the opposite message directly, Either you get a message from an unknown number and he/she sends a fake news, fake videos and fake picture to you or makes objectionable messages on WhatsApp which is against the Terms and Condition of WhatsApp.And you want to block that number, but if you think it is very difficult to block and unblock someone’s on WhatsApp, then let me tell you, this is just a matter of under 1 min.

How to Block Someone’s on WhatsApp:

Must Read: How to you Enable Dark Mode in WhatsApp.

How to Unblock Someone’s on WhatsApp:

If you ever your Mind changed and you unblock that person, what to need to do to unblock someone’s on WhatsApp.

Must Read:How to you save a WhatsApp Status

Note: If you delete the Chat of that person how you unblock that person.

Must Read:How to you Add or Delete WhatsApp Contact

That’s it, you have Successfully unblock that person. So, Guys it is very quick How to block and unblock Someone’s on WhatsApp.

How to delete a page in Google docs

How to cancel (Retract)a bid on eBay

How to Install Kodi on Firestick

How to block e-mails on Gmail

How to Reset Windows 10 PC to factory setting

How to Set-up Mobile Hotspot on Android

How to Order Online from JIO Mart

ABOUT US
Androidfreeks provide latest provide our visitors about: update on upcoming devices,phones,news & many more.
Contact us: guptanaimish40@gmail.com
FOLLOW US
© Androidfreeks 2019
MORE STORIES

How to Order Online from JIO Mart

How to enable Whatsapp Dark Mode on Android/IOS

How to Set-up Mobile Hotspot on Android

How to save Snapchat videos : Android

HOW TO TAKE SCREENSHOT ON SAMSUNG GALAXY NOTE 8